“Arctic Adventure: Exploring with Technology” is a gateway to research in the far north—and brings to life polar land- and seascapes that are key components of Earth’s ecosystem and climate.

In centuries past, it took exceptional effort—and a hefty dose of luck—for polar explorers to survive an expedition across the tundra, glaciers, and icy waters of the Arctic Circle. Since then, modern technology has revolutionized our ability to access and explore these remote and often harsh areas—making polar research safer and bringing in scientific data that even the most curious and intrepid early explorers could never have dreamed of.

Now, by touring the “Arctic Adventure: Exploring with Technology” exhibit, visitors to the Boston Museum of Science can step into the shoes of modern-day polar researchers and discover firsthand the remarkable ways technology helps us learn about these critical regions of the world. 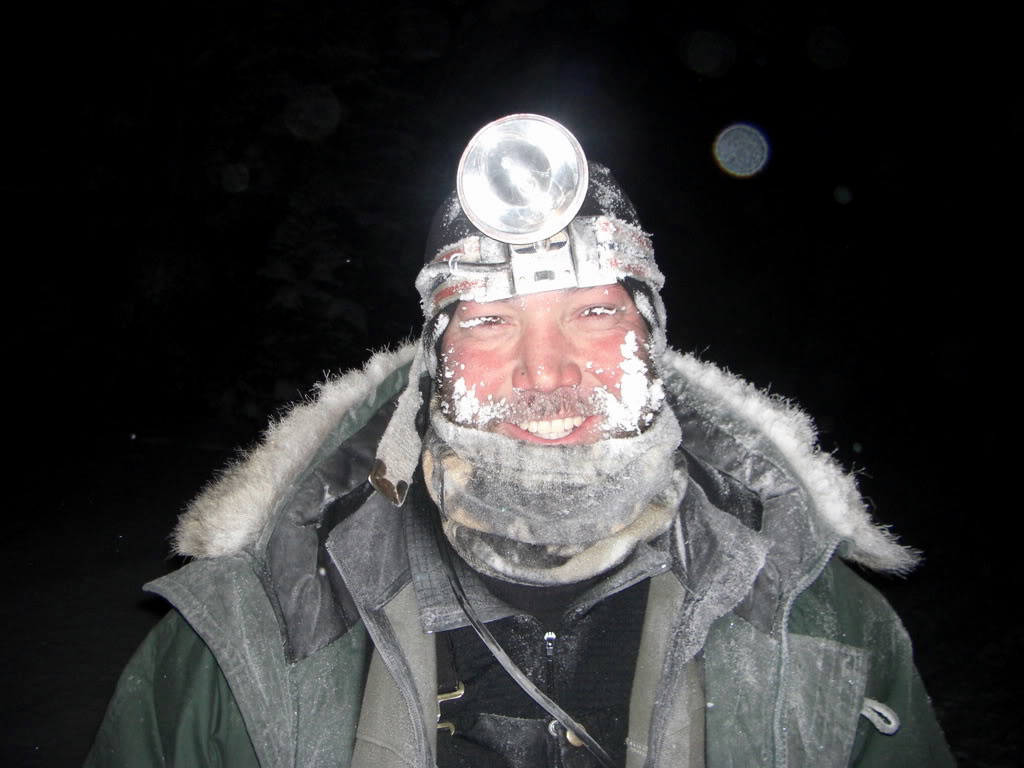 The new permanent exhibit, which opened to the public on December 6, revolves around interactive displays and an immersive design—bringing to life the unique land- and seascapes of the far north through sight, sound, and touch. The experience ranges from discovering the extremes of seasonal sunlight patterns, to hearing the calls of wild animals and feeling the frigid Arctic temperatures of an ice wall you can reach out and touch.

“The overarching goal is to emphasize the beauty and the fragility of the polar environments,” says Brent Minchew, the Cecil and Ida Green Career Development Professor in MIT’s Department of Earth, Atmospheric and Planetary Sciences (EAPS). Minchew, a geophysicist who specializes in glaciers and their role in Earth’s climate system, provided input and advice to the museum throughout the exhibit’s two-year development. 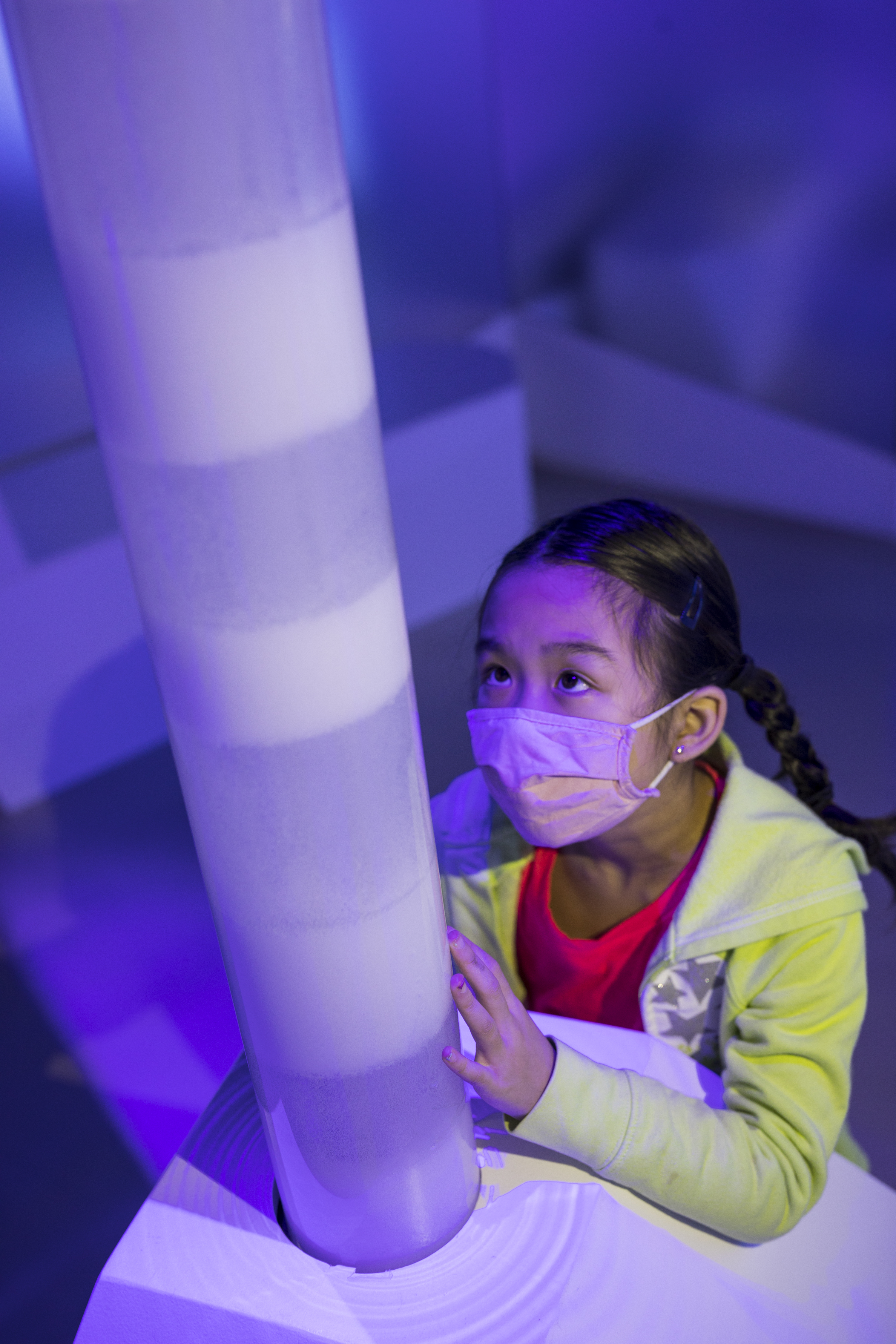 Photo Credit: © Nicolaus Czarnecki/Museum of Science. A child inspects a model of an ice core.

Polar scientists like Minchew use a wide array of technologies to conduct research in the remote Arctic and Antarctic, and the new exhibit mimics these real-world applications. Museum visitors can try their hand at virtually navigating perilous ice fields by using radar technology to find and avoid crevasses hidden beneath the snow. Simulated tracking technologies allow visitors to locate wildlife, and camera and drone technology help reveal the behavior and habitats of those animals. An ice core array illuminates the hundreds of thousands of years of climate data that’s stored in the air bubbles of polar ice.

“I'm really excited to be part of this project,” says Minchew, noting a parallel between this exhibit and his own childhood experiences at the Johnson Space Center, where he learned to think of space exploration as a product of STEM-based tools. “This is that same idea: exploration! Using technology, using our insight—math and science, physics and engineering—to understand the polar environment, and to explore it, and to live in it and protect it.”

In fact, it was technological innovation that drew Minchew himself to the field of glaciology. He was intrigued to learn that researchers can use satellites to determine the mass of ice sheets and to precisely measure even their tiniest movements.

“I thought that was absolutely amazing—that you can measure something to centimeter-scale precision from a satellite that is 700 kilometers away,” says Minchew. Now, he uses this same technology in studying the flow and fracturing of glaciers around the world. By looking at factors like how much resistance glacial ice encounters as it slides along the ocean floor, and the speed at which warming ocean temperatures are eating away at key sections of the West Antarctic ice sheet, Minchew and his team in EAPS are working to more accurately predict how fast sea levels will rise in the coming century.

With nearly a million and a half visitors going through the Museum of Science each year, the “Arctic Adventure” exhibit has the potential to spark a broad appreciation for the polar environment and substantially raise public awareness of how much and how fast the poles are changing. That’s a crucial job, according to Minchew, whose own research on sea level rise makes him acutely aware of the consequences of a changing climate.

“I think that even some people who are very much engaged with the topic of climate change don't fully appreciate the magnitude of the problem,” he says. “It’s really hard to get your head around the idea that Miami might have to be abandoned in the lifetime of people that are alive today.”

Current projections of sea level rise by the year 2100 range from a minimum of about eight inches all the way up to nearly five feet—a scenario in which half of Boston would be underwater. 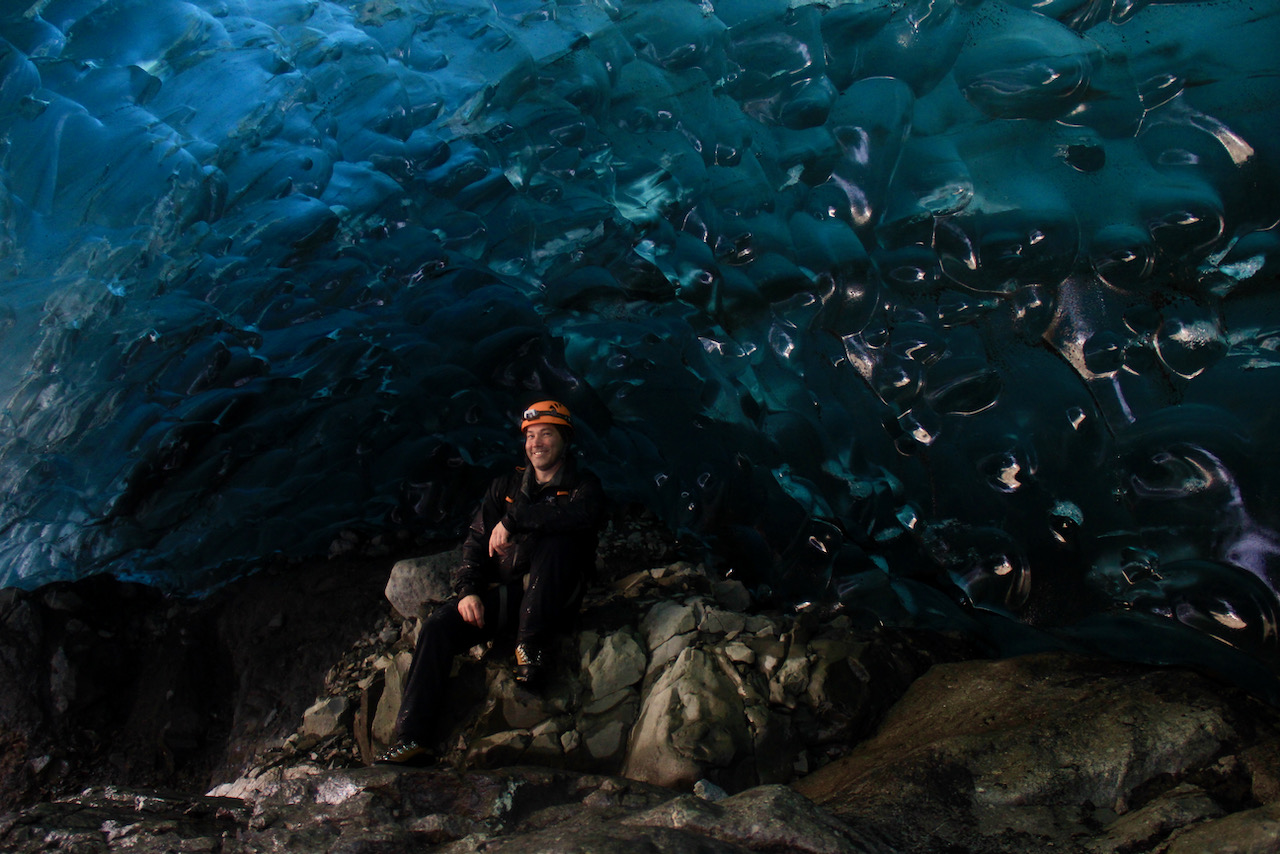 This level of uncertainty makes the global climate crisis even harder to combat. “We risk getting into this situation where we end up doing nothing, because we don't know what to do,” says Minchew. To help prevent paralysis of this sort, he and his team have embarked on a project for MIT Climate Grand Challenges—aiming to bring together a collaborative team of climate scientists, economists, urban planners, engineers, and ecologists that will continue to refine our understanding of the consequences of sea level rise, while also developing mitigation strategies for those coastal areas that will be most affected.

“We can't provide solid answers for what the future is going to look like—all we can provide are probabilities,” says Minchew. “We have to work from that and find the best solution that we can, and then adapt as new information comes along.”

We need to draw down carbon—not just stop emitting it