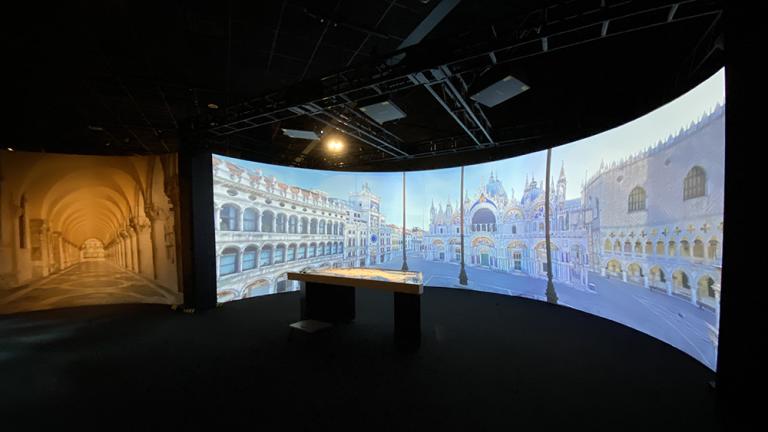 Museum exhibits can be a unique way to communicate science concepts and information. Recently, MIT faculty have served as sounding boards for curators at the Museum of Science, Boston, a close neighbor of the MIT campus.

When Malanotte-Rizzoli was asked to contribute her expertise on the efforts in Venice, Italy, to mitigate flood damage, she was more than willing to offer her knowledge. “I love Venice. It is fun to tell people all of the challenges which you see the lagoon has … how much must be done to preserve, not only the city, but the environment, the islands and buildings,” she says.

The installation is the second Museum of Science exhibit to be developed in recent years in consultation with EAPS scientists. In December 2020, “Arctic Adventure: Exploring with Technology” opened with the help of Cecil and Ida Green Career Development Professor Brent Minchew, who lent his expertise in geophysics and glaciology to the project. But for Malanotte-Rizzoli, the new exhibit hits a little closer to home.

“My house is there,” Malanotte-Rizzoli excitedly pointed out on the exhibit’s aerial view of Venice, which includes a view above St. Mark’s Square and some of the surrounding city.

“Resilient Venice” focuses on Malanotte-Rizzoli’s hometown, a city known for flooding. Built on a group of islands in the Venetian Lagoon, Venice has always experienced flooding, but climate change has brought unprecedented tide levels, causing billions of dollars in damages and even causing two deaths in the flood of 2019.

The dark exhibit hall is lined with immersive images created by Iconem, a startup whose mission is digital preservation of endangered World Heritage Sites. The firm took detailed 3D scans and images of Venice to put together the displays and video.

The video on which Malanotte-Rizzoli pointed to her home shows the potential sea level rise by 2100 if action isn’t taken. It shows the entrance to St. Mark’s Basilica completely submerged in water; she compares it to the disaster movie “The Day After Tomorrow.”

Between critiques of the choice of music (“that’s not very Venice-inspired,” joked Ferrari, who is also Italian) and bits of conversation exchanged in Italian, the two scientists do what scientists do: discuss technicalities.

Ferrari pointed to a model of a gate system and asked Malanotte-Rizzoli if the hydraulic jump seen in the model is present in the MOSE system; she confirmed it is not.

This is the part of the exhibit that Malanotte-Rizzoli was consulted on. One of the plans Venice has implemented to address the flooding is the MOSE system — short for Modulo Sperimentale Elettromeccanico, or the Experimental Electromechanical Module. The MOSE is a system of flood barriers designed to protect the city from extremely high tides. Construction began in 2003, and its first successful operation happened on Oct. 3, 2020, when it prevented a tide 53 inches above normal from flooding the city.

The barriers are made of a series of gates, each 66-98 feet in length and 66 feet wide, which sit in chambers built into the sea floor when not in use to allow boats and wildlife to travel between the ocean and lagoon. The gates are filled with water to keep them submerged; when activated, air is pumped into them, pushing out the water and allowing them to rise. The entire process takes 30 minutes to complete, and half that time to return to the sea floor.

The top of the gates in the MOSE come out of the water completely and are individually controlled so that sections can remain open to allow ships to pass through. In the model, the gate remains partially submerged, and as the high-velocity water passes over it into an area of low velocity, it creates a small rise of water before it falls over the edge of the barrier, creating a hydraulic jump.

But Malanotte-Rizzoli joked that only scientists will care about that; otherwise, the model does a good job demonstrating how the MOSE gates rise and fall.

The MOSE system is only one of many plans taken to mitigate the rising water levels in Venice and to protect the lagoon and the surrounding area, and this is an important point for Malanotte-Rizzoli, who worked on the project from 1995 to 2013.

“It is not the MOSE or,” she emphasized. “It is the MOSE and.” Other complementary plans have been implemented to reduce harm to both economic sectors, such as shipping and tourism, as well as the wildlife that live in the lagoons.

There’s more to protecting Venice than navigating flooded streets — it’s not just “putting on rainboots,” as Malanotte-Rizzoli put it.

“It’s destroying the walls,” she said, pointing out the corrosive effects of water on a model building, which emphasizes the damage to architecture caused by the unusually high flood levels. “People don’t think about this.” The exhibit also emphasizes the economic costs of businesses lost by having visitors take down and rebuild a flood barrier for a gelato shop with the rising and falling water levels.

Malanotte-Rizzoli gave the exhibit her seal of approval, but the Venice section is only a small portion of what the finished exhibit will look like. The current plan involves expanding it to include a few other World Heritage Sites.

“How do we make people care about a site that they haven’t been to?” asked Julia Tate, the project manager of touring exhibits and exhibit production at the museum. She said that it’s easy to start with a city like Venice, since it’s a popular tourist destination. But it becomes trickier to get people to care about a site that they maybe haven’t been to, such as the Easter Islands, that are just as much at risk. The plan is to incorporate a few more sites before turning it into a traveling exhibit that will end by asking visitors to think about climate change in their own towns.

“We want them to think about solutions and how to do better,” said Tate. Hope is the alternative message: It’s not too late to act.

Malanotte-Rizzoli thinks it’s important for Bostonians to see their own city in Venice, as Boston is also at risk from sea level rise. The history of Boston reminds Malanotte-Rizzoli about her hometown and is one of the reasons why she was willing to emigrate. The history encompassed in Boston makes the need for preservation even more important.

“Those things that cannot be replaced, they must be respected in the process of preservation,” she said. “Modern things and engineering can be done even in a city which is so fragile, so delicate.” 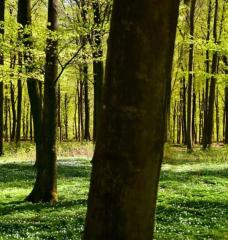 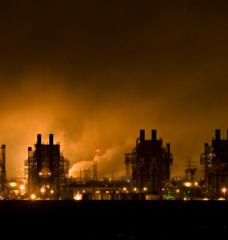 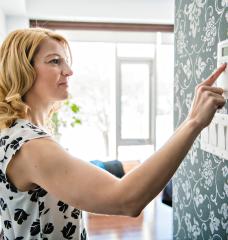