Extreme heat is a dangerous weather condition that is becoming more common and severe as climate change warms the planet. It is the leading weather-related cause of death in the United States1 and a significant, and likely undercounted, cause of death worldwide.2 In addition to its health effects, extreme heat can damage roads, electrical wires and other infrastructure; stress energy systems as air conditioners draw more electricity; damage or kill crops and livestock; and contribute to natural disasters like droughts and wildfires.

There is no strict definition of extreme heat or a “heatwave.” The terms are used to describe periods that are much hotter than usual for the time and place where they happen.3

Climate change has led to about 1.8° F (1° C) of average global warming so far. We emphasize the word “average” because this slight rise in average temperatures can cause a much steeper rise in record highs and very hot days. In recent years, weather stations around the world are recording a growing number of extreme heat events and record-high temperatures.4

Climate change is also making the world more humid on average. Hot, humid days don’t just feel muggier than dry days—they are also more dangerous. The human body cools itself by sweating, and if the air is too humid, sweat cannot evaporate and the body will keep getting hotter. This condition can quickly lead to fatal heat stroke for people who cannot get to a cooler place.

Today, dangerously hot and humid days are rare, although they do happen: a heatwave like this in Europe killed tens of thousands of people in 2003.5Climate models suggest that, if more steps are not taken to stop climate change in the next few decades, deadly combinations of heat and humidity will reach some of the most densely populated parts of the world, including the North China Plain6 and northern India, Pakistan and Bangladesh.7

Extreme heat is most dangerous to young children, the elderly, and people with medical conditions like heart disease. Also at higher risk are people who work outdoors, people with no access to air conditioning or other ways to cool down, and people in dense cities, where the urban heat island effect raises temperatures. These factors mean that the rise in extreme heat, like other effects of climate change, is likely to fall hardest on already vulnerable populations, especially in the developing world.

At the same time, extreme heat affects everyone, and in recent years exceptional heatwaves have struck wealthier parts of the world from Central and Western Europe8 to the Pacific Northwest of North America.9

Organizations, neighborhoods and governments can help protect people from extreme heat by setting up public cooling stations for those without air conditioning, growing green infrastructure (such as tree canopies) that provides natural cooling, and creating early warning systems so people are not caught outdoors. Regions can update their infrastructure to cope with levels of heat it was not built for—especially energy and water systems whose breakdown could be deadly in a heatwave. 3 The term “heatwave” is generally used when extreme heat lasts for an extended period of time. Some agencies, including the U.S. National Weather Service, define a heatwave as lasting at least two days.

by Elfatih Eltahir, MIT Professor of Civil and Environmental Engineering 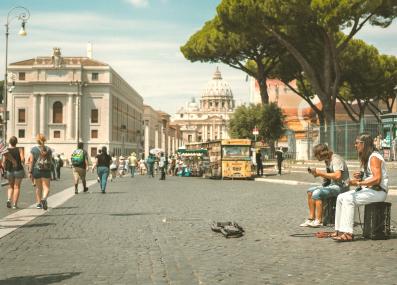 The urban heat island effect is a phenomenon whereby cities experience higher air temperatures than the surrounding countryside, making them more vulnerable to a warming Earth. 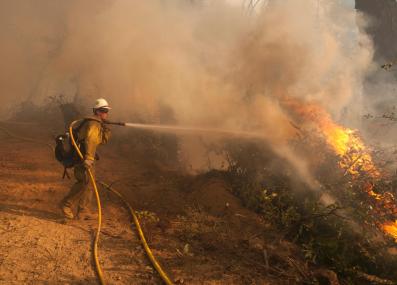 Wildfires are becoming more frequent and severe as a result of climate change, as forests in arid parts of the world become hotter and drier. 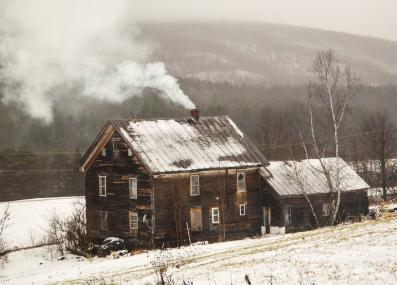 Heating and cooling is the biggest driver of energy use in homes and commercial buildings. Technology and building design can help keep us comfortable while reducing the impact of that energy use on the climate.
View All