How efficient is carbon capture and storage?

Most carbon capture technologies aim to stop at least 90% of the CO2 in smokestacks from reaching the atmosphere. But as the technology approaches 100% efficiency, it gets more expensive and takes more energy to capture additional CO2.

Carbon capture and storage (CCS) is any of several technologies that trap carbon dioxide (CO2) emitted from large industrial plants before this greenhouse gas can enter the atmosphere. CCS projects typically target 90 percent efficiency, meaning that 90 percent of the carbon dioxide from the power plant will be captured and stored. However, CCS could capture more CO2, and thus do more to combat climate change, if industries and governments decide not only to invest in CCS at a large scale but also to pay extra to maximize its potential.

As good as it gets?

Howard Herzog, a Senior Research Engineer in the MIT Energy Initiative, says that CCS projects have used 90 percent efficiency as a baseline target1 for decades because a system needs to remove at least that much CO2 to be worth the investment to build and install it, and also because 90 percent is an achievable goal. “Thirty years ago, people were still learning about the climate and how much CO2 we needed to get out. So getting 90 percent of the CO2 out of a coal plant was pretty good,” Herzog says.

Yet meeting ambitious climate targets with this technology will require a leap forward in CCS efficiency. Consider that untreated exhaust from a coal-fired power plant can contain 300 times as much CO2 as the Earth’s atmosphere, which means capturing 90 percent of the CO2 still leaves a lot behind. Even if CCS could remove 99 percent of the CO2 from coal plant exhaust, what is left would still have a CO2 concentration equal to or higher than the atmosphere.

There are multiple ways to capture carbon dioxide from fossil fuel-burning plants, such as coal power plants or factories that make cement. In the most common process, the exhaust gas is cooled and pumped into a chamber containing chemical “scrubbers” that bind to CO2 molecules. The carbon-free exhaust is then released into the air while the captured carbon is concentrated and stored. CCS has been implemented at two coal power plants (though one shuttered in 2020) and at about two dozen other locations so far.2

To catch the last remainders of CO2 once a system passes 90 percent efficiency is equal parts engineering puzzle and economics problem, Herzog says. The closer a CCS system gets to 100 percent efficiency, the harder and more expensive it becomes to capture additional carbon dioxide. From an engineering perspective, it is easier to capture carbon from a gas with a higher concentration of CO2 because more molecules of carbon dioxide are flowing past the scrubbers. Grabbing even more CO2 once most of it is gone requires larger equipment, more time, more energy, and a bigger investment.

While there are only a few dozen CCS projects in the world, some of them have exceeded 95 percent efficiency. Herzog says it is possible to envision the technology capturing even 98 or 99 percent of a power plant’s CO2. To realize that goal, however, power plants will have to pay a lot more for every extra molecule of CO2 they capture—which means they need stronger financial incentives to cut their carbon emissions. A carbon price would be one way to create those incentives, by taxing plants on whatever CO2 enters the atmosphere. “If you now start looking at carbon prices and you have a pretty high price, that will make it more affordable to go to higher capture percentages,” Herzog says.

Thank you to Howland Larsen of Gig Harbor, Washington, for the question. You can submit your own question to Ask MIT Climate here. 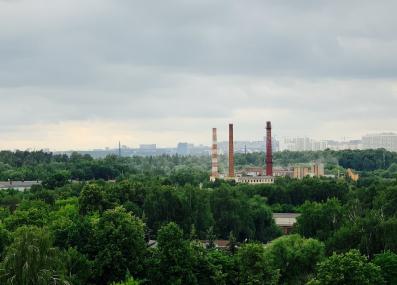 Carbon capture and storage is a technology that captures the carbon dioxide from burning fossil fuels before it is released to the atmosphere. 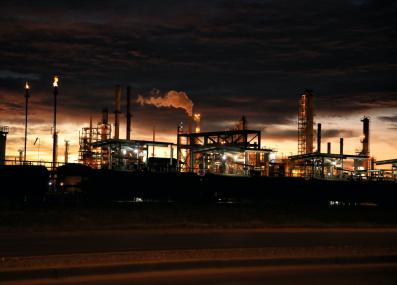 Carbon pricing is a policy tool to lower emissions of carbon dioxide and other greenhouse gases, by putting a tax or other price on them. 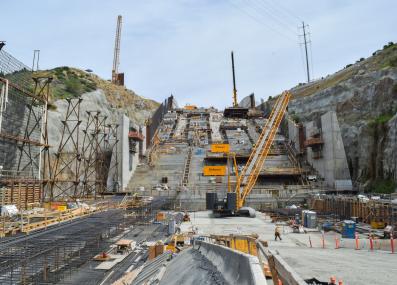 Concrete is among the world’s most consumed materials—second only to water. It also produces large amounts of heat-trapping greenhouse gases.
View All